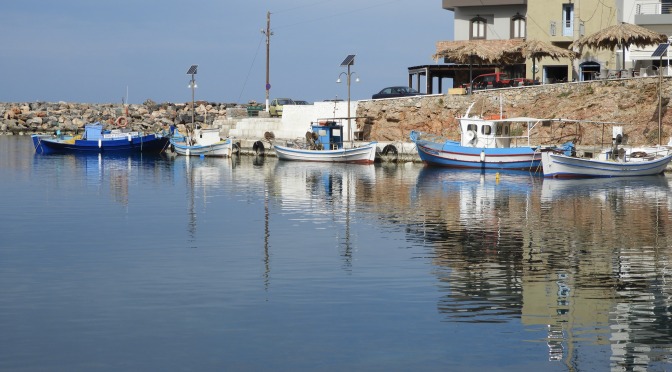 Between Sisi and Milatos is a large hotel called Radisson Blu. Sad to say, they have destroyed a coastal track that used to connect the villages for cars and pedestrians. It is a shame that the bulldozed roadway probably means many people holidaying at this hotel are unaware of beautiful Sisi with fabulous views, bars and restaurants. 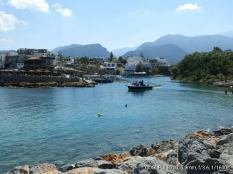 When the road was first blocked to traffic a few years ago, we could still enjoy a walk between the two villages, especially off season. During November 2019 we couldn’t even pass by the hotel by dropping down to the beach to scramble back up to the track. Erosion caused by the bulldozers has altered the terrain so much the final narrow strip of beach was under water.

I wondered if the hotel senior management even knew of the situation so last November I emailed their Director of Corporate Communications, PR & Reputation. I received an out of office message telling me this lady was on holiday, but nothing since. During January I emailed again to ask if she was back from her holiday yet. Although I got no direct response, she must have forwarded my message to a local manager who responded by threatening me with a lawyer! Seemed heavy handed as I was just asking a question. I replied to ask for clarification and the subsequent answer had a better tone. However, the upshot is the alterations to the roadway is on the hotel’s property and it seems they gained permission for this circa ten years ago. 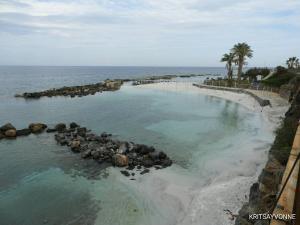 As Greek law gives free access to any beach, they can’t stop us going down to check if the water level has fallen enough to allow us to pass along the edge of the sea. Meanwhile, we shall still enjoy strolls in both Sisi and Milatos but not along the cliff path between the two villages.

Here are some photos I took on that grey November day when I visited Milatos—someone has gone to great effort to decorate the harbour wall.

Follow Kritsa, at the heart of it all on WordPress.com
Join 959 other subscribers